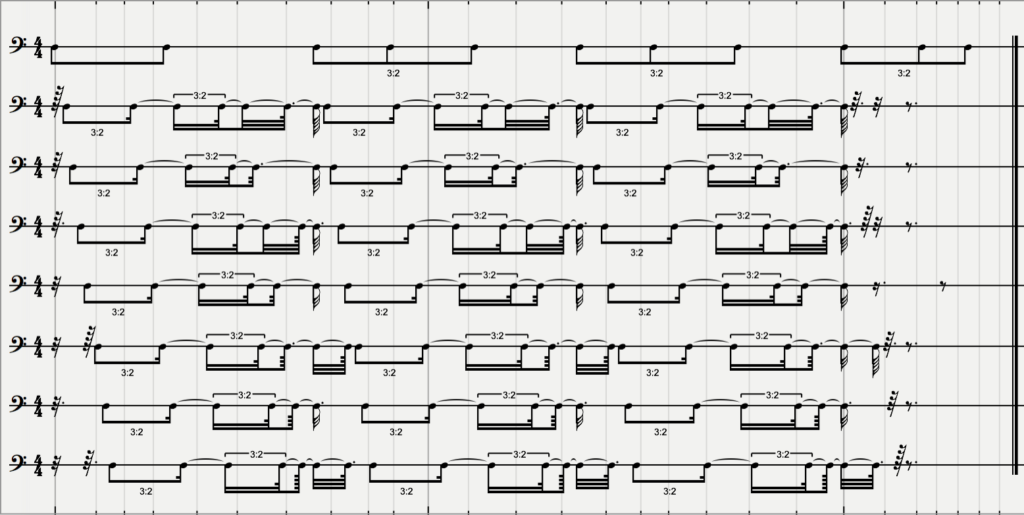 In radio astronomy, a fast radio burst (FRB) is a transient radio pulse of length ranging from a fraction of a millisecond to a few milliseconds. The first FRB was discovered by Duncan Lorimer and his student David Narkevic in 2007 when they were looking through archival pulsar survey data, and it is therefore commonly referred to as the Lorimer Burst. So the titles of each version of that piece will eventually and probably be FRB 010724 or FRB 121102.

Some may know I am strongly interested by infinitesimal structures. Those are spreading over time, and spaces. They are the entropic cause for the emergence of recognizable patterns. In the case of that current piece, the latter are not literally musical but rather offered as reading, more exactly aurally deciphering, an audio text using particular grammars.
The piece uses an artificial intelligence system (simply a RNN) of mine mimicing gradient random inner nano-structures. It uses my jtol library.
The piece will later be rendered using three different timbres. Each being linked to one social musical field. One minimal approach using short micro-tonal bursts, one classical using piano sounds and one house music using Roland’s and DX7’s sounds.
Much more about that artistic research soon.