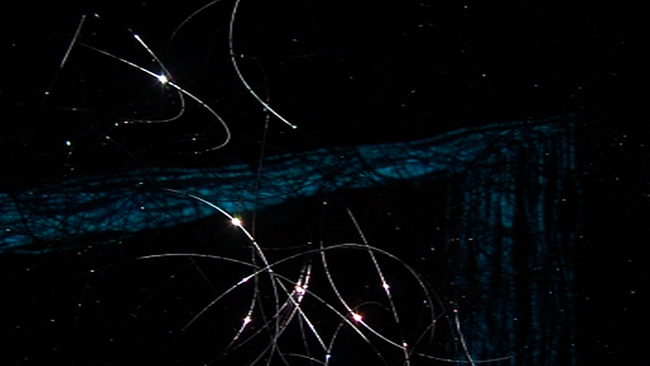 This piece was hosted by the eArts festival in Shanghai late 2008. This was part of a VS (Visual System) exhibition. City of flowers is both an audio and architectural piece in which space and time dimensions make one as a materialized piece of music.

The architectural design of the piece is made of a variety of bright metallic wires making nested circles the same way as complex loops appear in the sound part. It is not a musical representation since the creative process is independent from the final chosen medium.

Both musical and design parts are finally media revealing deeper conceptions by passing thru dimensional and memory constrains.
The first constrain is the transition from the conception to its materialization.
The second one is the issue about analysis, inspiration and imagination capabilities for the audience.
Dimensional constrains are very important because they sometimes require a reduction or augmentation of dimensions. Memory constrains drive the way time is organized and created from the concept to the materialization. With pure electronic music there is no need to ask musicians to interpret a piece. Nevertheless human factor will always be present with memory limitations and cultural interpretations. These constrains are not pejorative since they are literally needed. Consequently visuals and music cannot be compared since it is not a representation.

In other terms, at this decade, it would be pretty naive to try making a direct or purely technical (algorithmic) connection between the form and the sound. Many artists have done it in various bright ways. This job is done easier when the content is minimalist or when the work is concentrated on its structure only. This is what I did later with another piece Kaspar in 2010. This is also what Iannis Xenakis did with Metastasis or Milton Babbitt with Reflections. But connections between form and sound are mostly metaphoric with City Of Flowers.

The first industrial revolution changed the face of growing cities with steam machines, skyscrapers and tall bridges. This was a new era for iron. The fourth industrial revolution is somehow similar. Again, it is about a new material change with carbon nanotechnologies. On another side, the second industrial revolution is all about energy transportation and electricity. Transportation for goods, information and energy is still a critical concern in our cities. City Of Flowers is presenting both redundancies and complexities of information. It also symbolizes the variety of paths it takes. The metallic structure, sounds and their movements are representing this idea in a figurative way. 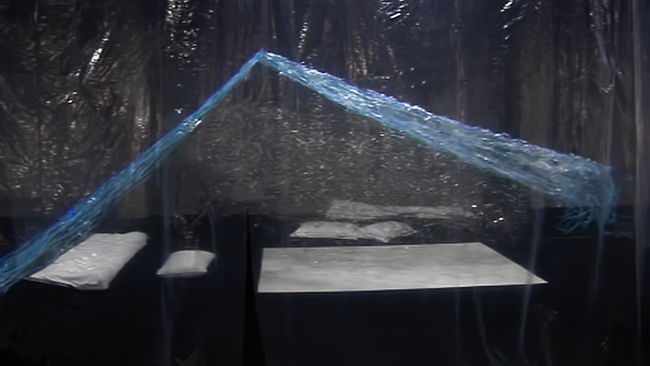 external view with lights on 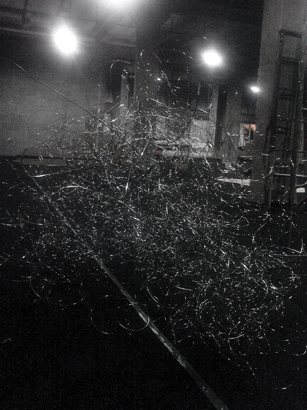 hanged wire cloud with lights on

The material piece is a hanged ~5 meters wide cloud of thin wires. I removed additional information and only left a naked structure. It is finally a unique carrier revealing its primary form. As an opposition, the sound part is far richer ; full of rhythm, timbres and almost redundant elements (almost loops). The structure for both metal and sound is based on redundant elements. One tiny technical connection between sound and its materialization comes from the fact they both come from the same generative algorithm.

By giving a time component to the spacial components, I can connect the audio and the structure more precisely in the common concept. SMA (smart metal, memory metal, memory alloy, muscle wire, smart alloy) could have been used. Instead, I used a controlled light system synchronized with the same generative loop engine that creates the sound part. 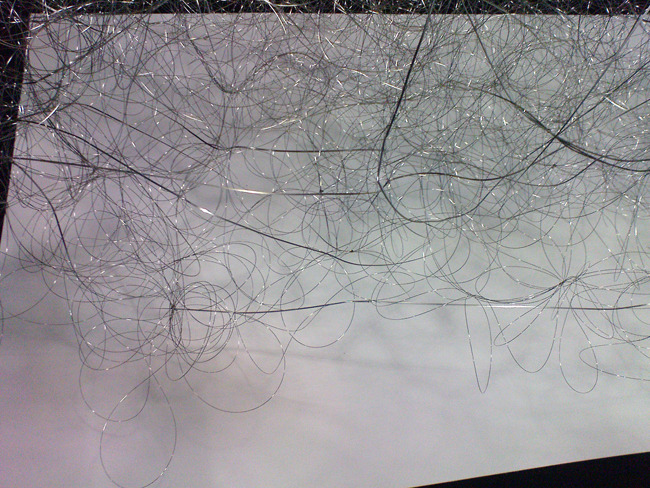 top and partial view of patterns installation ready to run 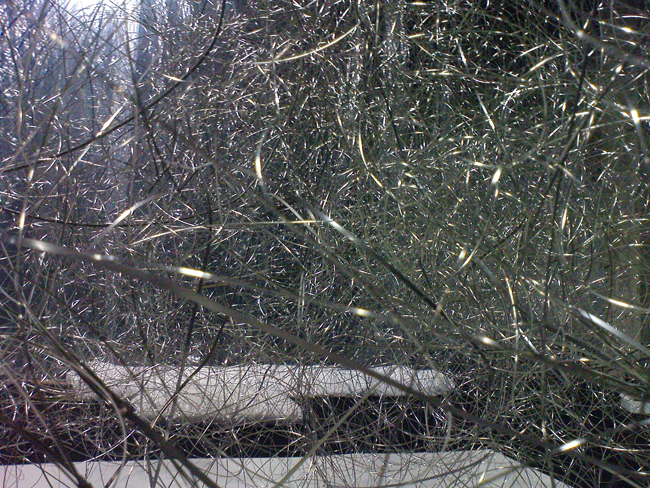 redundancies and complexity on light 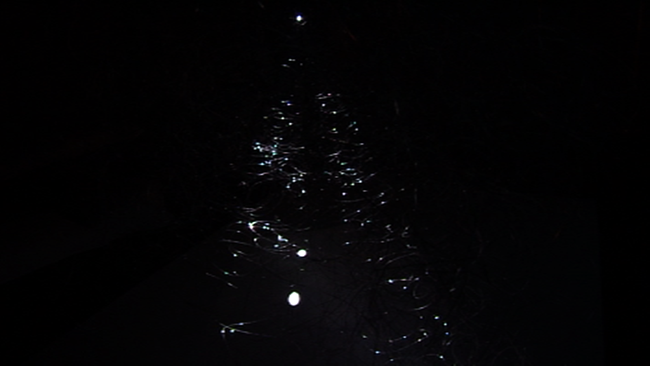 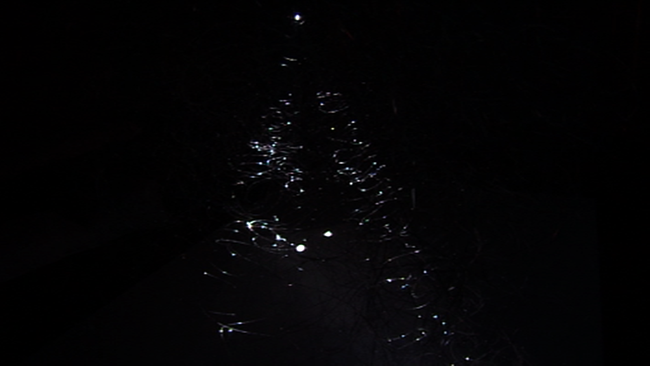 reflections in dark while running

One night I was taking pictures of the metallic cloud with my camera. Joanie Lemercier, antiVJ, and I were looking at the wires. When I moved my flash and something very interesting happened. Millions of tiny bright reflections appeared from the wires. The bright points move along the wires when changing the angle. It was magic. I used a computer controlled video beamer to use many different lights and change their angle synched with the music. A pretty clear synesthetic connection was made. 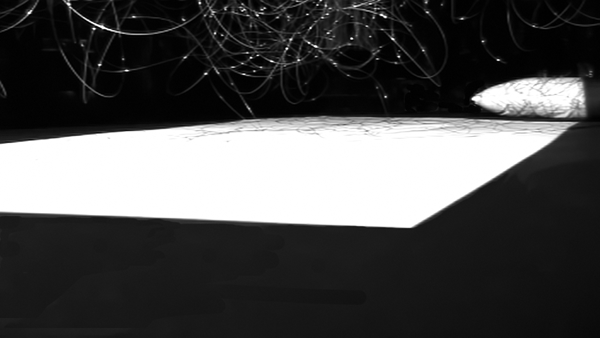