Escenas Cuatro Negras is forty two minutes of music and video woven into the hermetic and enigmatic dreaminess of Black Paints. 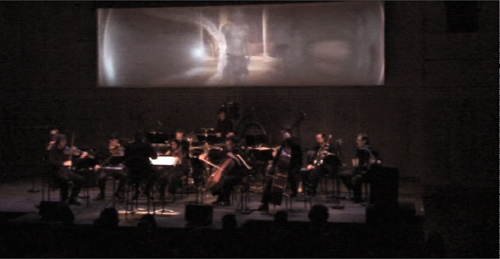 A shadowy, heartbreaking and spooky realm permeates the Black Paintings of Francisco de Goya. Their magnetism captivate in a stifling way. Their bursting strength, their violent contrasts, their sharp expression, and their extreme realism immerse us in an allusive and enigmatic world. 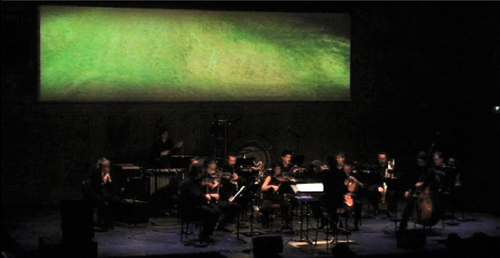 Here is the starting point of Escenas de Cuatro Negras (Four Black Scenes): music and images fit together with the paintings in order to converge up to new spaces. The selected Black Paintings bind to characteristics through music. They articulate the development time of the piece and they are the fuel for the drama of the work. The video and the complete music composition are comings and goings between figuration and abstraction, between disproportion and vacuum in a complex palette of dark tones and light contrasts.

Floating, suspension and fuzziness reign in the Atropos scenes. Horror, ugliness and frenzy define Saturn devouring one of his children. Uncertainty, desolation and immobility characterize The Dog. Fighting, destruction and violence are portrayed in the Fight with Cudgels. These four scenes are framed by a prelude, a postlude, and they interleave with three interludes.