Recorded and performed inside a power station deep within the Ben Cruachan mountain in Scotland. The piece is both a performance and a radio piece broadcasted on BBC Radio 4.
Commissioned by Artangel and BBC Radio 4, presented in association with National Lottery through Creative Scotland. Artangel is generously supported by Arts Council England and the private patronage of the Artangel International Circle, Special Angels and The Company of Angels.

Ben Cruachan is one of the highest peaks on the west coast of Scotland. In the early 1960s the “tunnel tigers” blasted their way through the 450 million-year-old granite to hollow out a vast chamber for a new power station. Opened by Queen Elizabeth II in October 1965, Cruachan Power Station was a triumph of brute force and state-of-the-art technology. Storing, and then regenerating at times of high demand, excess energy from the national grid by pumping water up to a reservoir 1000 feet up the mountain into Loch Awe. It remains an important part of the national grid today.
Maria Fusco wrote Master Rock for three voices from the mountain, composed on site by Olivier Pasquet. Fusco’s narrative gives voice to the ancient granite itself, and to two figures closely involved in the story of Cruachan: John Mulholland, one of the few surviving tunnel tigers, and Elizabeth Falconer, the artist who made a vast mural inside the turbine hall to celebrate the opening of the new power station in such an ancient landscape.

Live public performances:
There are a limited number of tickets available to the public to attend the live rehearsed performances of Master Rock in the turbine hall of the power station deep within Ben Cruachan which inspired the work.

Here is a PDF about Scottish hydroelectric power plants. 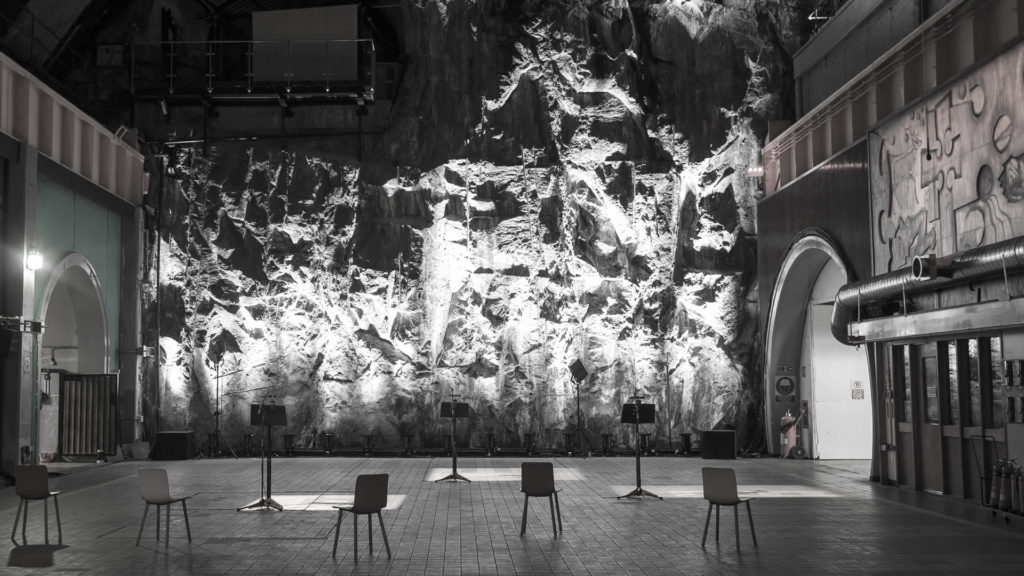