This is an early experimental version.

Duerer is an audio synthesis and virtual acoustics tool for rhino‘s grasshooper based on image source model room simulation. It is dedicated to Albrecht Dürer and Vera Molnár who herself dedicated a piece to Dürer.
For more future information see here. This release consists on python code runing underneath grasshooper components.

Duerer is part of a research done at the Institute for Computer Music and Sound Technology of the Zurich University of the Arts. I would have never done that work without their support.
Many thanks to Jasch, Toro-Pérez Germán for their support and Robin Scheibler for his tremendous work on Pyroomacoustics.

The first use would consist on:
– generating, or importing, a tree of meshes.
– setting meshes acoustic properties and rendering parameters (those do not have to be realistic and outcomes can be used as a virtual acoustic or synthesis tool).
– place virtual sources and microphones into those meshes.
– (define directivities for sources and microphones).
– define sound sources.
– rendering as a multichannel impulse response file (each channel is a microphone) and possibly a convolved file made with sound sources.
One possible use would consist on rendering multichannel impulse responses from a beam of microphones (beamforming) or a virtual eigenmike; thus playing with directivity, delays and virtual ambisonics. Another use would be using specific meshes to generate physical models audio synthesis from finite elements method. I also used for form finding using genetic algorithm solvers like galapagos for instance. 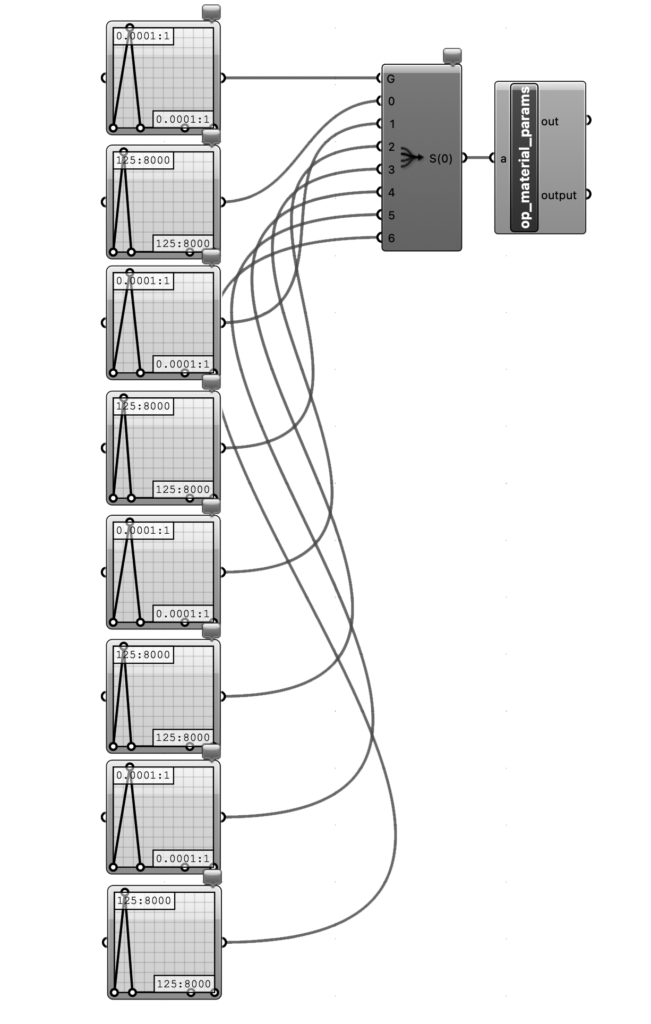 components dealing with spectral absorption for each mesh face 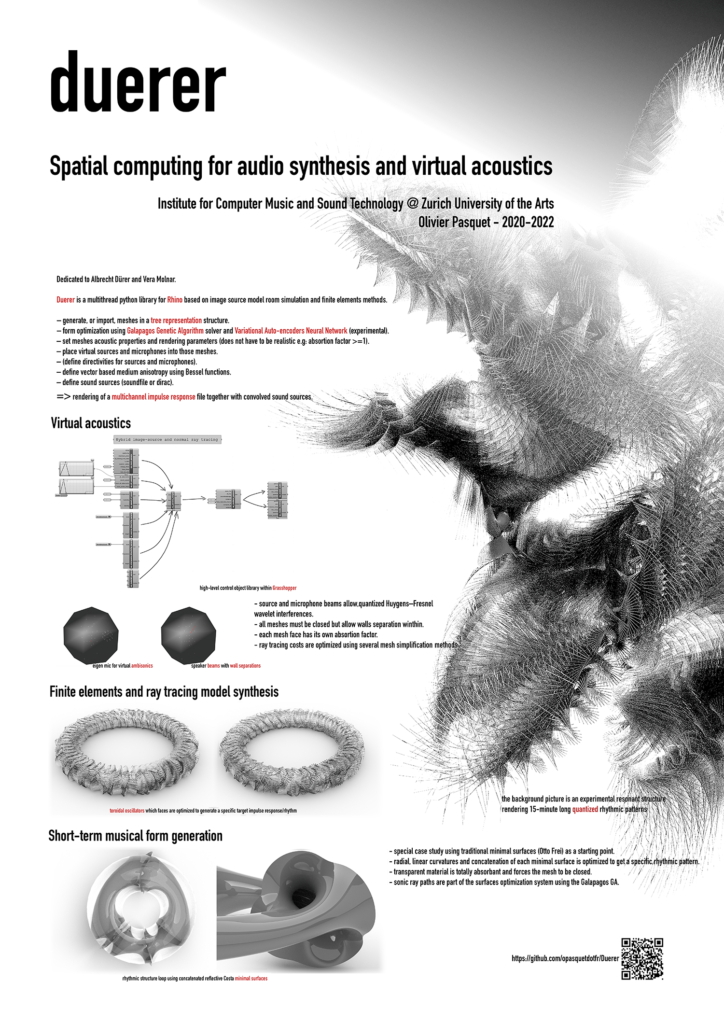 poster to show what is is all about in a minute