This piece from Mauro Lanza and Olivier Pasquet is a co-commission from the Louvre Museum (Electrons libres) and Ircam.

Häxan: Witchcraft Through the Ages (The Witches) is a Danish-Swedish film directed by Benjamin Christensen and released in 1922.
It documents the world of witchcraft, magic and the torture practices of the Middle Ages and the early twentieth century by comparing the cases of women accused of witchcraft with hysteria and shipped in psychiatric asylums of the beginning of the XXth century. Psychoanalysis was still at its beginning and the keys of unconscious apparently not yet explored. The film compares and unusual spray unorthodox methods of the early twentieth century to those of Inquisition: the film was rather anti-clerical and subject to considerable controversy. Most sources are from Christensen’s writing Heinrich Kramer: The Hammer of Witches, published in 1486. This treaty, widely reproduced by the recent invention of Gutenberg, was used by the inquisitors to identify women in connection with the occult powers. For the premiere, a bibliography was distributed to the public certainly insist on the comprehensive documentary aspect of film.

We lost the music compilation Benjamin Christensen had chosen for the premiere of the film in Stockholm in September 1922. However, we know that pieces from Schubert, Beethoven and Gluck had been selected for screening in November of that year. The chosen pieces had no deep bond with the film, their function was simply to emphasize its division into chapters with different moods. 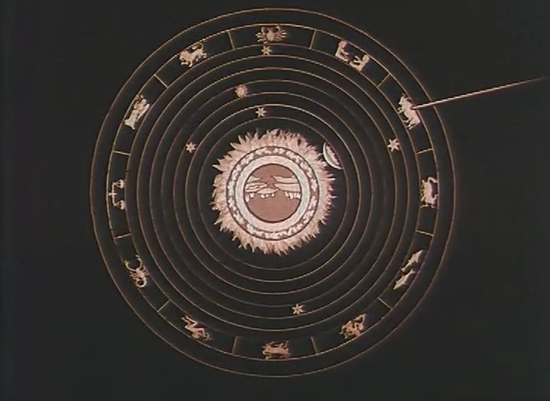 Häxan is divided into several parts in a quasi-musical way. Its sections and the dramaturgy of the film were used to generate a new partition. Thus, despite the timescale or the historic scale, a new event occurs at every scene. This creates a form creating synesthetic relationships. They can be more or less obvious depending on musical decisions.

The film was shot entirely inside a studio. This artificial aspect is underlined by rather “sanitized” synthesis sounds.

As the image passes between fiction and documentary, the music is sometimes a collection of enumerated sounds. They are automatically selected form databases depending on their characteristics and meanings. This is some kind of controlled granular synthesis or concatenative synthesis. Especially Mauro Lanza used that widely on this project.

Long musical processes are transformed by development of thousands of sounds (synthesis, instrumental samples, in the gothic metal style. Some sounds are concrete and sometimes directly synchronized with the image. This way, the sound part lies between signifier and signifiant; at the borders between concrete and abstraction.