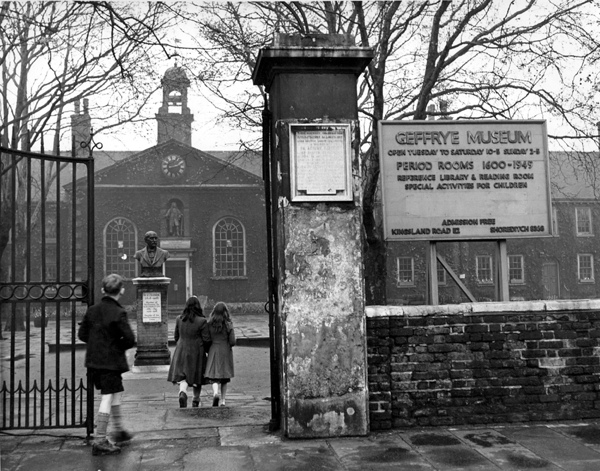 entrance of the geffrye museum, now called museum of the home

Mollspeak is a permanent sound installation and a commission from the Museum of the Home in London for the opening of the renovation and redesign of the building. It was premiered on May 18th 2021. I would like to thank Christina Karpodini and Atau Tanaka for their precious help due to the fact I could not physically travel to the uk.
There also exists a stereo radio-phonic version of the piece; premiered on the bbc on october 12th 2021.

Exploring homes, and home life, involves a rather important intimacy and familiarity. This has consequences on many anthropological and cultural aspects. Subconscious remembering helps drawing a frame that decides what a home is. The space is therefore important; space delineated by walls and depicted by objects inside. The sonic part of the piece consists exploring subconscious relations between these objects and their spaces. One does not know whether these objects are from some intimate past, from a more general natural background or simply from the present. This uncertainty is thus a rich condition for composition.
The piece will then use the most dubious and less tangible characteristics of rooms and objects: their resonances. It will explore the acoustics from several rooms but also objects themselves until one can have the impression to hear voices from within.

Here is a 25 minute version from July 2021 for the radio. You will see a voluntary sort of classism in its form and articulations. Using the collection of synthetic sounds engines described in that page, the voice itself, the wish to keep a meaning together lead me towards that direction; a little acousmatic and old-style but still interesting. I nevertheless kept a sense of micro-rhythmic time grids etc:

The piece is build upon the classification of objects from the museum. Each object symbolically represents a social aspect of the British society from the 17th to the 19th centuries. Each object resonant characteristic is being recorded and 3d scanned. The latter is necessary to avoid physical contact of such fragile valuable items. This is the opportunity to digitally create a model that can later become a physical acoustic model for later finite element modal synthesis.
Here is an example using the photogrammetry (3d scan) of a horn beaker and a paper doll toy. The left picture is the actual object, the right one is the scan that will eventually be used to be re-meshed for audio synthesis:

The most obvious idea consists using a quadrangle mesh from the scan and simply make it resonate. But this is musically not interesting enough when one wants something else than just ringing resonant models. I therefore used other techniques for that piece and will hopefully describe some of them here in the future. 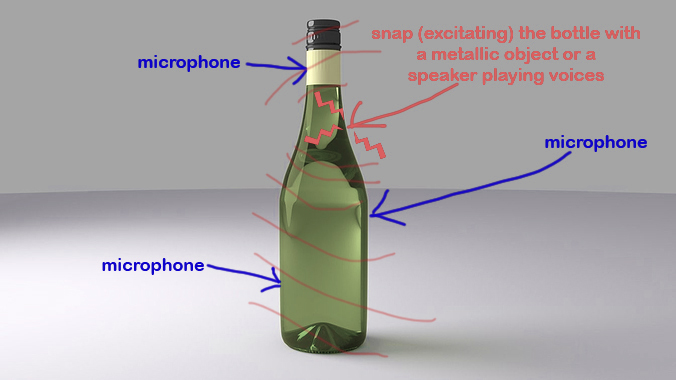 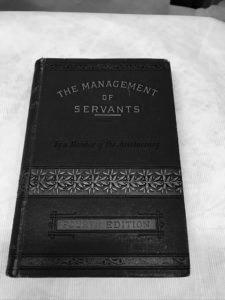 The Management of Servants by a member of the aristocracy

Visitors have the choice to just walk thru the diffusion space called “crypt” and continue their visit in the next rooms of the exhibition. They are however invited to stay and listen for a little while. They are offered to either enter one of the three embrasures on their right or stay in the elongated pathway. Those two possible ways are two different kinds of listening. Therefore, the piece consists on 11 speakers with 5 along the pathway and three sets of stereo in each embrasures. The sound coming from the latter is specifically composed to be listened closely, in a near-field. It allows more concentration to details and understand Maria Fusco’s text. The sound coming from the pathway is more diffusive and more creates an ambient space with more continuous sonic elements. The piece is made of a complexity of rhythms and pulsated speech so all embrasures and the pathway are all spatialized and synchronized together. 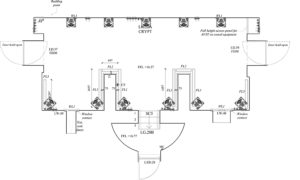 positioning of speakers in the space

The piece runs from evolutive processes generating rhythms and sounds. Each synchronized voice consists on purely synthesized or remodeled objects from the museum. So some of the objects are just the actual recordings, some others are purely synthetic and others are in between (synthesis from analysis, re-synthesis). The synthetic aspect gives some kind of coldness fitting with text recitations and the “intensity” or “strength” of the situation provided by those given orders from tenants. The analogically aspect of it offers more aliveness closer to the dreams and hope servants were needing. The analogue aspect comes from non-linearities, accidental timbres and articulations. It also comes from the use of subtle distortions designed specifically for each voice.

Layers of polyphonic voices often occur besides the reading of the text. This is predominant as it defines the piece as being a reading of Maria Fusco’s Mollspeak text. Those layers are either used for pure musical purposes, either for reading the text and more often existing between the two. They precisely lay at the very border between musically and dramaturgically meanings. For instance, the voice can read orders given to servants. Those permanent and insisting instructions are sometimes understood as a didascaly. But they can also sometimes more follow rhythms within the music. There is a game between what is literally understood and what is musically felt. The control of this is done by acoustically mixing voices in each embrasures; being close to a stereo speaker allows to listen to the text, as it becomes more musical with other sound sources while standing further. 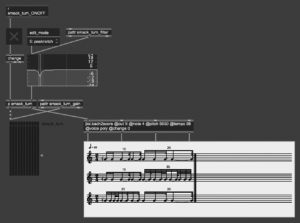 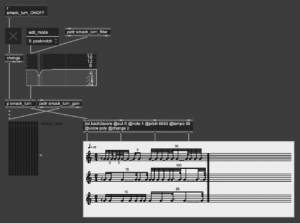